What if the world wide web disappeared? And all its data on every device was gone? Your bank accounts. The power grid. Medical records. Everything online. Backups erased. No way to bring any of it back.

In The President is Missing, President Jonathan Duncan goes undercover in a desperate attempt to save the world from cyberterrorists.

Impossible? In Bill Clinton’s and James Patterson’s thriller, the plot has enough plausibility to make the book a page turner.

The former president created the leader he wished he could be. War hero. James Bond-like tactician. A man who could not be distracted from his purpose.

Duncan battles the death of his wife, a nagging disease, and a speaker of the House who plots to have him removed from office. The Russians are bad guys and the plot involves the Saudi royal family. There is also an enemy within, a traitor in the president’s inner circle.

If you are a James Patterson fan, you will recognize the storytelling style. I was drawn to the idea that the president of the United States could transform himself into an unrecognizable character who could use his or her talents to do good outside of the political world.

A president by day. A superhero by night?

2 thoughts on “The President Becomes a Superhero” 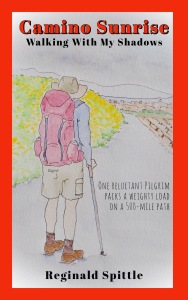